Reg Update: France issues Decree regarding the labelling of products made with plant-based proteins (now suspended)

France has published a Decree formally banning meat names both legal and customary from being used on processed food made from plant proteins. 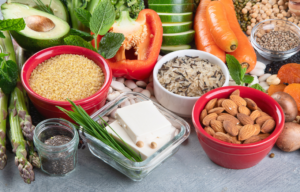 This means plant-based protein alternatives produced in France cannot use a name that refers to:

The Decree outlines a long list of names that can be used for meat products and the max percentage (%) of vegetable protein allowed in the composition for it to qualify for the relevant name. The provisions of this Decree were due to enter into force from 1 October 2022, giving manufacturers of plant-based alternatives a very tight turnaround time to update packaging, and marketing and communicate the new approach to consumers. As a result, on the 27th of July, Frances’s highest administrative court agreed to suspend the decree based on a lack of time to prepare. Products can remain on the market but it seems very unlikely the Decree will be permanently revoked as it’s been in preparation for so long.

Who is impacted by the change?

The decree states that “Products which have been lawfully manufactured or marketed in another EU Member state or in Turkey, or lawfully manufactured in another State that is party to the agreement on the European Economic Area, shall not be subject to the requirements of this Decree.” This indicates France is upholding the mutual recognition principle. Products which are manufactured by a food business in the EU for distribution inside the EU member states and EEA will not be subject to the requirements.

There is no mention of products produced outside the EU or EEA, so at the moment we simply don’t know what consequences this could have for products manufactured in the UK and sold in France. Our advice would be to consider the UK as a third country and therefore the requirements in the Decree are directly applicable at this point.

Joanna Becker, Senior Regulatory Advisor at Ashbury has said “In the UK, consumers are already used to seeing interchangeable animal-related phrases and names, such as meat and dairy, on plant-based products. If the changes did impact UK businesses supplying to France, we could see a huge shake-up in the way plant-based products are labelled. It could be the case that the UK carries on using commonly accepted terms for plant-based products and adapts the labels for each market. However, as the plant-based sector has been a point of contention for many countries in recent years, the new Decree could also spark the introduction of new, original, and more widely-accepted terms across the board.”

A similar decision to prohibit the use of such terms has also been introduced in South Africa, causing debate between meat manufacturers and plant-based stakeholders.