Our Product Information Principal Advisor Steve Spice shares a story about a work of fiction and how this came to influence the world of regulatory compliance in the US. 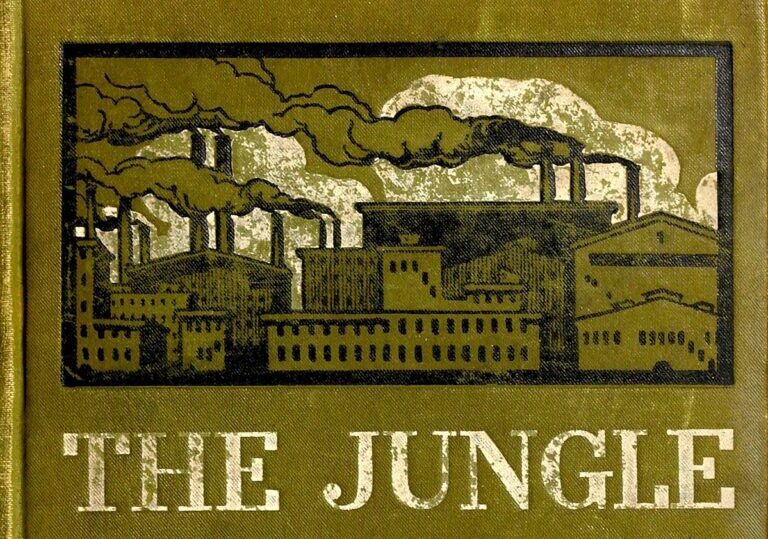 The harrowing story of an immigrant and the USA meat industry

Globally, ‘The Jungle’ by Upton Sinclair is probably largely unknown and this is not particularly surprising. Published in 1906 in the USA it was written as a socialist novel by an author aiming at the nations hearts by highlighting appalling social iniquities. Sinclair drew his inspiration from a worker’s strike in Chicago’s stockyards in the summer of 1904, and he spent some time there himself once the strike was over researching the meat trade. His experience inspired his novel which follows Jurgis Rudkus, a Lithuanian immigrant, as he struggles with conditions of physical danger, insecurity, exploitation and filth. He describes moments such as workers falling into rendering plants as a result of unsanitary and unsafe conditions. It is a relentlessly harrowing read and you wonder if the dreadful conditions he describes in the meat packing industry could possibly have been that bad.

Theodore Roosevelt, who was president at that time, received a copy of The Jungle and despite his personal reservations about Sinclair as an outspoken socialist, felt unsettled by the story. He began investigations to validate the truths behind the tale; what he found confirmed that Sinclair was speaking honestly about the filthy unhygienic conditions that prevailed at that time in the meat trade. The book was a huge success with the public and was a direct influence on getting the previously stalled Pure Food & Drug Act and the Meat Inspection Act through Congress with both becoming law on June 30th 1906. Whilst these laws short by today’s standards they undoubtedly shaped US food law as it now is. As Sinclair famously put it, he “aimed for the nation’s heart but hit their stomach instead” and played no small part in changing US food safety law forever.

Ashbury has a truly global reach and includes an office in the US offering local expertise to help support clients looking to import, export or sell domestically.